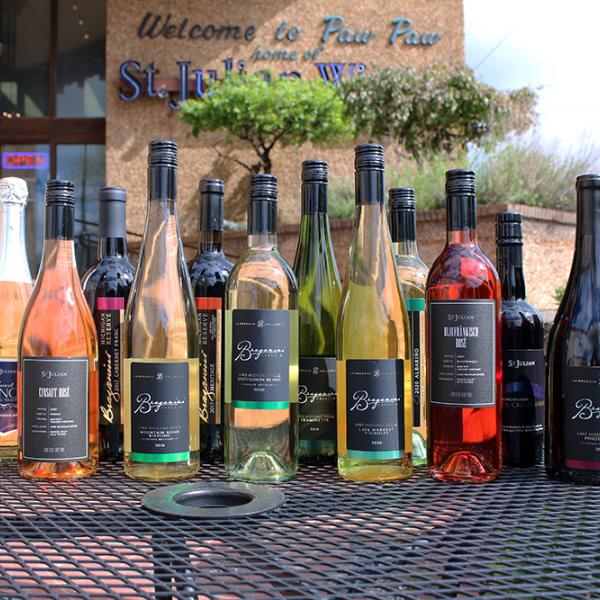 (PAW PAW, Mich) — St. Julian Winery was recently presented a total of 13 medals – including two “Best of Class” Gold Medals – at the International Eastern Wine Competition held in February in Santa Rosa, California. St. Julian was one of just 10 Michigan wineries to participate in the competition, collectively bringing home more than any other state producer. In all, 72 medals were earned by wineries from the Great Lakes State.

Started in 1975, this is one of the oldest and longest-running wine competitions in the nation. Wines in this competition are judged simultaneously in two divisions: International Eastern Wine Competition and the West Coast Wine Competition, with traditional awards given in each division and the “Best of Show” winners moving on to compete in the “East Meets West Taste Off” to determine which wine reigns overall.

For 100 years, the iconic St. Julian Winery & Distillery has been making wine, cider, and spirits in a range of styles to meet every customer’s taste. Now helmed by third and fourth generation Braganini family members, the company is committed to making authentic wine from the Lake Michigan shore. As the largest and best-known winery in Michigan, St. Julian has led the local industry in both innovation and quality from the very beginning. From its wildly popular Red Heron and Blue Heron wines and the Braganini Family Reserve Wines, to its growing line of distilled spirits, ciders and sparkling juices, St. Julian has something for everyone.